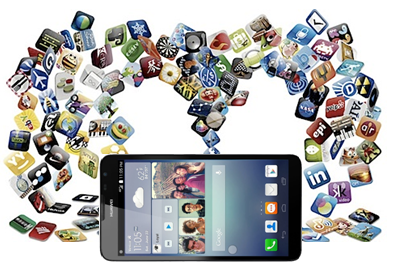 Imagine a device where none of these things is possible.

I’ve noticed lately that I’m not quite reaching all the people that I want to.  I don’t know if Bitterness is dying just as much as leaves on all the trees around here, but it seems like this time of year, should bring bitterness about, not cause it to go into hibernation.  I looked at the numbers, crunched them, marinated them in apple juice, added some bitterroot, buried them in the ground, then ignored them like I always do, because they make no sense.  The only thing I know about numbers is 1-10 and even that is even pretty sketchy.

Then I decided to go to the marketing department.  They told me that I’m losing the battle in key demos like the 1-100 age range to PBS’s Newshour Ebola Lesson Plan, which sounds like the most unimportant show in the world, but involves lots of bitter people talking about bitter plans for things, so I feel like I should have won that one.  Also my overnights on the Spa Channel on Sirius Satellite were a putrid -0.7, meaning that one person that was actually only .7 of a person asked for their money back on their one year free Sirius Satellite radio subscription they got for buying their new Ford Focus.  Marketing seems to think that we might need to go in another direction (like up for once) in order to capture any sort of hold in any market.

I asked about YouTube, Twitter and Facebook to see if we are reaching the Millennial’s or the whatever the generation it is that is younger than them.  And they said “What is YouTube, Twitter and Facebook?” I told them what that meant and they were like, “Oh yeah, we read about those things in the history books.  That’s what you old people use to communicate stuff.”  I asked them what they use know and they used a lot of names that didn’t have a lot of vowels, so I just told them to see what they could do with those things.

I went to distributing to see what kinds of channels we were using to distribute the product and they looked at me blankly.  It’s like they didn’t know who I was.  Then someone told me that we don’t have a distribution department and this is a quiet place and will you please leave the library as you are disturbing everyone.  I then realized they were right and left, but only because they weren’t being much help and I had to go.  I had to go back to the problem of meeting the needs of our target market of males between the ages of 41, who’s birthday’s fall on April 9th, who have a blog called http://www.bensbitterblog.wordpress.com, who follow the San Antonio Spurs, have hobbies of laying down on couches and playing video games, are super clumsy, don’t like talking to people and have bad skin.

I had to find a way to reach this dude and it didn’t seem like even with all the debt we had in the bank that we could reach this guy.  So I made an executive decision to make a super expensive All-In-One Bitterness device.  Here are the features:

-The device is made of solid Osmium(which I’m told by my scientists at Google is twice the weight of lead) and the size of an early 2000’s laptop, so it inconvenient to carry around.  It has no carry case or handle and will likely not fit inside any pocket ever, unless the Hammer pants of the famed MC Hammer video U Can’t Touch This had pockets, and even then they would be constantly falling out of those. (And by the way, the device’s tagline will also be You Can’t Touch This in honor of Mr. Claw Hammer.)

-The device will do fun, hip things like spreadsheets, play awesome cutting edge games like Solitaire and Minesweeper and play the oldest, non swaggiest music ever.  Stuff like Tubthumping by Chumbawamba, and Nickelback to name a few winners.

-It will be operated by a cord so you can take it nowhere and it will be powered not by traditional methods like batteries or a power supply, but by lightning.  Though Doc Oc from Back To The Future needed 1.21 Gigawatts to power the time machine, we will need a little more, clocking in at a nice round number of 1.25 Gigawatts.  Now that is something that will fit nicely into the spreadsheet feature. 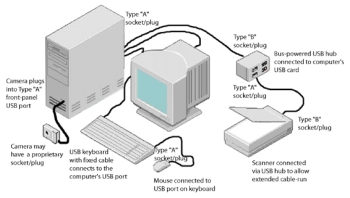 This thing will be wired and corded to the hilt.

-It will have a great feature to help you communicate your bitterness to others.  While we don’t have texting or emailing or phoning on this device, we do have a way for you to tell others around you how you feel about them.  If you are able to heft the device with you in your car, and you are having a hard time with someone in traffic, you can tell the person that is riding your bumper like a horse carriage in the 1890’s, to back off by opening your window and throwing the device at their car.  Once you do that, you will cause them and just about everyone else to pileup like that scene in the Matrix.  You know the one I’m talking about.  Where all the cars crash. 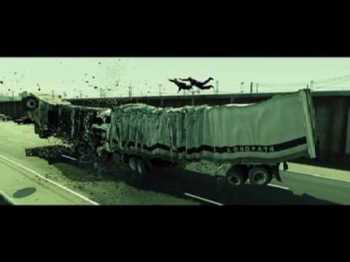 -It will have a great comment and like feature.  Whenever you’re cruising the internet dangerous-two-lane-freeway called the WordPress reader and you happen to accidentally scroll by the Bitterest Blog this side of the Universe, the device will swing your cursor back to the site like a magnet to your fridge and will bring you back to the rudimentary kindergarten drawings of your kids, called Bensbitterblog and automatically give the site a like, a follow and an absolutely terrible attempt at a witty comment that would make doves cry worse than Prince.

Tell me this device doesn’t have it all. (Really, tell me, because it doesn’t even have that much.)  Just when you thought you couldn’t afford to have another device in your arsenal of electronics that you tote to work everyday,  (Okay, so you just tote a phone.  Fine.) there comes another unnecessary device for you to drag along with you.  But, before you completely buy in and want to buy this thing, wait until you hear the price.  It is not 100, not 200, not even $300,000,000. Nope it is an astronomical $Google dollars.  That’s right, you, Bill Gates could own this device for only all your money, plus all the money of the rest of the worlds in the universe’s money combined.  But there’s less.  If you decide to buy today, you will never feel happiness or joy again, only bitterness.

So, who’s gonna get one?  Who’s going to have everything they didn’t want, in a package that will make their life exponentially worse?

Who wants to finance my empire of 1?

55 thoughts on “All in one Bitterness Device”