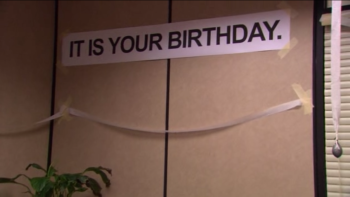 That is a correct statement.

For those of you who haven’t been around this blog since my last birthday, it is my annual tradition to list one bitter item for every year I’ve been on this bitter earth. So join the bitter party and find your favorite reason to be bitter.

The randomness of the flight patterns.

2. Bees – A little too bizzzy for me. Lay on the couch for once dudes.

3. Flowers – Could you kind stop trying to attract bees all the time? They’re trying to relax a little for once. ON my orders.

4. Anime eyes – Just a littttllle too much of the face for me. 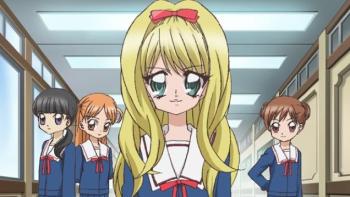 The eyes only take up half the face.

5. Top racks on ovens – Let the freaking bottom rack have a turn every once in a while you jerkouses.

6. Business cards – Could you be any more thirsty? Though one bitter bonus point for taking a tree down a notch or two.

8. Calendars – Quit trying to be such a control freak by telling me what day it is. Just cause you think it’s Monday, we all have to believe it’s not Friday? You better back off calendar.

9. Ceilings – Kind of a one trick pony if you ask me. Shelter is all you can do? And you can’t even do it without the help of side walls? Try learning a new skill like computers or basket weaving.

10. Dingbats – They are so lazy that they fly Southwest instead of using their own wings.

11. Rockets – They start a Howard, they stopped flying to the moon, but they can’t quite get to Mars. What is the point of them again? Mortgages?

Too bad they don’t actually do anything.

12. Ham – Not as American as hot dogs, not near as good as bacon, comes from the same source, and even the Canadians prefer to call it Bacon.

13. Origin Stories – Too boring to be the main story, ultimately just three movies before the originals that makes a really interesting villain, a whiny annoying kid.

14. Paint chips – Even more boring than watching paint dry. Tommy Boy ate them as a kid, which is probably the only reason he wasn’t ready to take over the company, and why his dad died. Thanks a lot, paint chips.   Buzzing – The more annoying cousin

15. Buzzing – The more annoying cousin to whining. Alerts us when Hollywood gets the next big star that will annoy us.

16. Flying – Really great until that one time you couldn’t figure out how to land.

17. Holidays – There are never enough of them. About eight a year, plus Billy Holiday.

18. Circles – They are a little too perfect and they just seem to go on forever. And no one likes a circle pizza, because they means it hasn’t been eaten.

19.  Minecraft – The opposite of circles. Big, dumb, squares that make up bigger, dumber squares. And could the music be any more moany?

20. Socks – Talk about not fitting in…if they were so great, why is it that the minute you get home, you can’t wait to get rid of them? And why is it impossible for a shape that is flexible to still not fit? And why when you get them wet, do you just have to get a new pair? Can you imagine if everytime our skin got wet we had to get a new pair of skin?

21. Jockeys – The horses are really doing all the work, amirite? And a name of an underwear? And that thing that is supposed to keep your  safe from getting kicked? Might as well be freee fallling.

22. Sagebrush – Kind of the mosquito or fly of the tree kingdom. No one has figured out it purpose for existence, except to  signal a gun fight in an old west face off, or when your joke falls flat.

23. Sloths – Jealous because I can’t sleep as much as them. They don’t care if they aren’t at the head of the food chain. As long as you feed them.

24. Circuits – The City of Circuits closed down, they are full of resistors(just like all our political candidates), wires (wire we talking about them again?) and I just don’t have the capacitors to talk about them anymore.

25. Twist – They cause heart attacks whenever they appear in movies, books, or stories, they always screw up Slinkies, and start tornadoes so, you know, kind of destructive. And Oliver was one.

26. Supercalifragilisticexpialidocious – Kind of atrocious. Sung by a Dick. Van Dyke. Way too upbeat.

27. Crawl – That thing at the bottom of sports channels that tell you every score that takes so excruciatingly and irritatingly long that you finally just pull up your phone and it gives you the score in three seconds what the crawl did in twenty minutes. Also, what I have to do to get out of bed every morning.

28. Disc – Or is it disk? The little thing in your Word file that allows you to save. Also a thing that kids from my generation used to store stuff instead of external hard drives or USB sticks.

29. Microsoft – How could something so dominant in one thing named micro and soft. Why not something like MegaTough? That would make someone want to buy a Rune and Bing things.

30. The Hurricane Simulator – If that breeze that blew in the simulator wasn’t even as fast, warm, or loud as a hair dryer, I’m pretty sure that wasn’t simulating a hurricane. I want my two dollars…back.

Please, not so fast.

31. Receipts – Are constantly present in your wallet, drawers, files and your car’s visor, but never present when you need to present them to the Target when you are returning your presents.

32. Tailors – For those buttoned up business professionals, those presidential candijokes, and Panamanian movie titles, as well as Tim the Tool Man none of them seem to work (though the Tool Man comes closest).

33. Forests – Full of trees, saps, Moss Monsters, alien invaders, Robin Hood and his Merry Men and every quest ever started in an RPG video game.

34. Beats By Dre – More like cheats by Dre. He made more money by selling  headphones, than doing doing his nine to five, doing friendly rhymes about police, coming straight out their hometowns, running 100’s of miles, and boyz wearing hoods.

35. Tubes – Mario has glamorized them. Made us think that there was just a bunch of gold coins and free lives inside them. And You somehow came along and combined with Tubes and made some people rich, some famous and some of us utter embarrassments to humanity.

36. Bill – One of those names that start out as William, gets shortened to Will, or then changed to Billy and finally when they give up, just changed to Bill. Ducks have them and we have to pay them. ALL. THE. TIME.

37. Champions – In every sport, players aspire to be them. Why does everyone want to be a Champion, my daughter asks. Well, because they get a big trophy. Like in little league? Well, they also get a ring. Oh, you mean like my Rainbow Bright ring?  Anything else? Well, they get more money. Oh, like way more than the millions they get already? Why do people want to be champions again?

38. Party City – Neither a party, nor a city. Just a bunch of cheap decorations that fall apart before you get home.

39. Dreams – Something that is not going to come true for you. But you can’t keep not having them every night because you have insomnia.

40. Gateway – A thing that will keep you out of the where ever you are trying to go you creep.

41. Soles – Something your shoes don’t have, and neither do you.

42. Fortnights – Something I wish there was more of. Not Fortnights, but Fort Nights.

43. Decks – Something you will probably fall off of eventually and sprain your brain, and also something that you will get if you say what you really mean with a deck of Cards Against Humanity.

Well, there you go. Now that you finally finished and are so tired you need a nap, now you know how I feel. No wonder I always need a nap. You may now go back to your regularly scheduled Saturday snooze with bitterness, Bitizens. And in case you were wondering what I want for my birthday, pizza, a new couch, and video games so I have something to do when I wake from my nap.