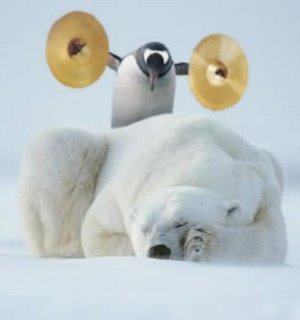 This morning I woke with a start from my normal nightmaring, because I felt like something was wrong.  I looked at my alarm clock and it said 4:42 am.  I missed my alarm. That is why things felt so wrong.  Adreneline kicked in and I rushed to take a quick shower and then promptly went back to my now shorter second nap before waking up officially.  I then got dressed and left for work and here I am.

Who wants to fight? Ouch…hey…stop.. I meant for a cause alright? Geez!

The problem is, that feeling of wrongtivity never disappeared.  When I started viewing my typical morning slate of skater accidents and bitter reactions to pranks on YouTube I figured out what my wrongness feeling was.  As I and a few others know, there is not enough bitterness in the world.  Sure, I do my part as the non official official spokebitter person for bitterness by posting things three or four times a week, but this morning I got the nagging feeling that I am not doing enough.  What can I, as a lowly bitter blogger, with very little influence do to make a bitter difference?  Then it dawned on me. You Tube.  They are doing a week long You Tube comedy week.  A whole week dedicated to all things funny.  Then it started snowballing and I remembered other special weeks made official by Congress or something. Human Rights week. Constitution Week.  If you haven’t figured out my logic yet, I will tell you.  I have officially declared unofficially that this week is Worldwide Bitter Awareness Week(or WBAK for short) all across the world and on WordPress.

Bitterspirational thought for the day.

This is your chance to dull, people.  Make a difference to your co-workers, family, friends and complete strangers.  If you see it rain outside, tell someone how bitter that makes you(it is raining and it does make me bitter).  If you had bad traffic on the way to work or school, make sure people around you know loudly as possible.  Don’t keep this stuff inside.  Let it out, make your bitterness known.  I think it is fitting that Worldwide Bitter Awareness Week(WBAK) starts on a Tuesday, the bitterest day of all and will continue until Thursday.  The committee chair(of a committe of one) has decided that we are just too lazy for a full week.  Besides, it is just another reason for some people to be bitter.  You can complain that the week is too short and you never really got your chance to properly celebrate.

Be creative.  Make your normally cheery blog one of bitterness today.  Here is my meager contribution. Fact: We have four different types of taste buds.  Sweet, sour, salty, and bitter.  Of those taste buds, which do you use most?  I bet you said either, sweet or salty as number 1, the vice versa as next, sour a solid third and somewhere in a distance last place, bitter.  Try to name 5 foods off the top of your head that are bitter.  You can’t do it right?  How about sweet or salty, or even sour?  Probably had no trouble there did you?  Let’s bring awareness to lesser known bitter flavors this week. 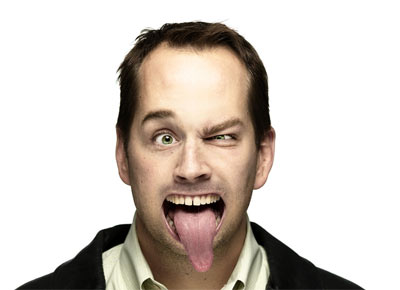 In honor of Bitter Awareness Week, taste something bitter today. (Totally not photoshopped.)

How about bitter as a word?  Everyone avoids it in comparison to its more well known brothers, better, butter, batter and botter. Even its weirdo cousin bytter gets more props than bitter.  Time for that to change for this week at least.  Maybe the continual use of bitter this week will spark something inside and people will use it next week too until gradually forgetting about it altogether.  At least we have sparked a two week swing in bitter’s bitter existance.

I can’t cover all the bitter atrocities of being overlooked that bitter has had to deal with in this one post.  Perhaps my readers can finally do something about it.  List something you can be bitter about.  Be creative, or even funny, as long as it has a bitter edge to it.  Let’s do our part to make the world a bitter place.  Then next week we can go back to our normal nightmares.

P.S. I looked up the type of tastebuds we have on Wikipedia and they listed a fifth type of taste bud called umami.  What the freak is that? Apparantly it is savory like.  Another taste bud leaps bitterness.  You learn something bitter every day.

All pictures borrowed from Google.