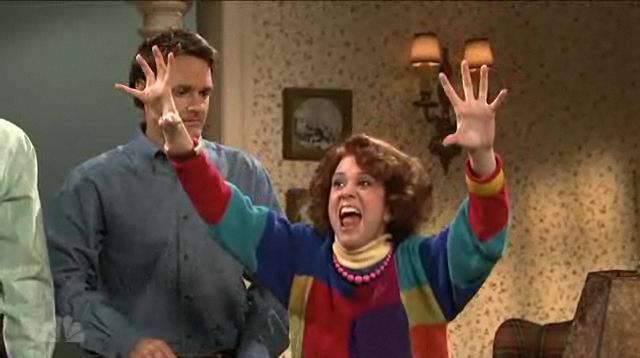 Someday I will get one of these.

Many years ago, when I was a lot less into my mid life crisis (29 years old), I had told my wife of my desire for a surprise party for my 30th birthday. After talking about it, she told me it wasn’t a good idea, because I would know about it and it wouldn’t be a surprise(not sure what she was talking about).  So, we explored other options for my birthday like going to Canada or Portland, because I had never been to either.  We decided on Canada and made tentative plans to go my birthday weekend.  I had mentioned I was excited about an Adam Sandler movie called Anger Management, so on Thursday, she said she wanted to go to the movie right after work. I thought it was odd, but I was excited because it was cool that it came out on my birthday. I will never forget how mediocre it was, but I didn’t care because it was my birthday.

Right after the movie, we drove home to get dressed for our trip to Canada, but when we got home there were a bunch of cars parked outside.

“Great,” I thought, now I’m going to have to pack with a bunch of people in my house.

My wife started smiling at me all funny.  When I opened the door a bunch of people said “Surprise!” I know right? I hate when people at your house don’t understand that you need to go somewhere and it would be easier if they weren’t there.  My mom and dad were there from out of town, which was weird for two reasons.  First, they knew we were going to Canada, so why show up now.  Second, they were supposedly coming next weekend, so why would they come now, only to have to come next week.  Weird.  So as nice as it was to see them in my mind I was like “Hey, I don’t mean to be rude but I have a trip to pack for.”  For some reason everyone was having some cake that said Happy 30th(wow, someone else there had my same birthday!).  People kept wanting to talk to me, and wanting to hang around the house.  I kept trying to give passive aggressive stares at people to leave, but they all wanted to stay. I kept trying to excuse myself, but I wasn’t allowed to leave.  Talk about awkward.  After finally shewing people from my home several hours later and telling my parents they could stay here while we went to Canada, my wife pulled me aside and asked how the surprise was.  I was like, “Honey, Canada wasn’t a surprise.  I knew about it, remember?”

Then she said, “We aren’t going to Canada, you know because of all the people that were here.  Your parents are here all he way from Utah.”  Oh, so we aren’t going to Canada. That is some surprise.  Well, maybe some year I would get a surprise party.  I was so bitter about not getting a surprise party that year, I was to a thing called Bitter Management, similar to the Anger Management of the movie we saw.

When I first went to Bitter Management at the B.I.T.T.E.R School of Bitterness, I didn’t understand why.  I felt like I had already mastered bitterness. But when I got there, it opened a whole world of possibilities. I thought that I was good at being bitter about the big and obvious things like the lack of surprise parties, traffic, government and work.  But Bitter Management had taught me to appreciate being bitter about the little annoyances in life. Taking the time to be bitter about subtle, everyday things. I was taught to be bitter about flowers, trees, leaves, air.  It was a pretty eye opening experience at first, and after getting kicked out three times for not working hard enough at my bitterness, on the fourth time it finally took hold. 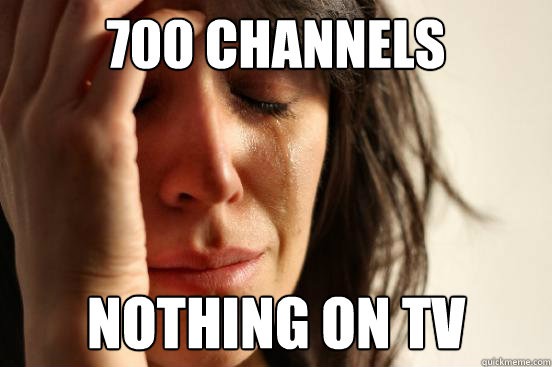 It taught me that your life isn’t just one big random mess of bitterness, you have to organize it and plan for it and dream about it and build your life around it.  A Bitter Counselor suggested that I might start a blog about bitterness.  A way to organize my thoughts and spread my bitterness to others who were so desperately seeking bitterness in the world like I was.  What a dumb idea.  Why would anyone want to read a blog about bitterness?  But I did it because of the threat that if I didn’t I would be kicked out again. Clearly it didn’t work because I have only been able to manage doing this blog for a year and a half now and have only posted 230 times and only about .000001% of the trillions of people in the universe have even read one post.  I failed so I gave up and laid on the couch.  I never did figure out how to be bitter about the little things because that took so much energy, but I was able to contemplate the big things, like why my cable costs so much, when there is never anything on.  Or why it shows that there are 700 channels on there, but I can really only watch about 70.

Bitter Too Much Management Ben