That’s me. The confused looking one.

Some people probably think that I am a robot programmed for the one-dimensional purpose of being bitter. Part of that is true. I am a robot. And I am programmed for bitterness. But, there are actually many different subtle dimensions to my bitterness. I am programmed to behave differently in the traffic environment than I am in the work environment. Sometimes I am programmed to use bitter humor and sarcasm to get my point across, whereas other times I am supposed to use my facial expressions. Sometimes my social awkwardness program pushes my bitter agenda, other times it’s my blatant bad grammar or heavy anger chip takes over as the dominant programming. In other words, just like with any gadget, like the smartphone, there are multiple uses. Like did you know that smartphones in addition to texting, facebooking, tweeting, instagramming and pinteresting also have a little used and almost hidden feature called a phone app, which allows you to make a phone call? I know, there isn’t much use for something like that, but it is always there if you had to make a call in case text was down.

Here are some of the different bitter modes in my programming:

Whatever you do, don’t hit the difficult mode button.

Easy mode – If video games companies are smart, and want to expand their really wide fan base of 18-year-old white males that live in their basements to the mainstream 19-year-old white males that live in their basements, they should incorporate a feature called easy mode. They know that this mode would never be chosen in front of another gamer, but given the chance to be a character that was barely able to defeat the end boss, to totally dominating it demi-god style, some gamers would secretly want the easy button. Just like that gamer, I have chosen the easy mode button that allows me to slide easily on a couch to eat pizza. I sure hope no one ever discovers my really difficult mode button. Because that would lead people to my…

Exercise mode – This mode makes me lose valuable parts that I need for cushioning accidental falls. It would keep pizza and other enjoyable tasting foods from partying in my cool stomach module and it would cause this super salty and wet material to appear. I don’t know if you know this about robots, but water and our metallic parts don’t mix well and that makes rust. We don’t want me to rust, do we? Don’t ever turn on difficult mode.

Beat Box Mode – This is a mode that helps me avoid people. It’s quite simple actually. Someone asks me a question that I don’t want to answer and I am programmed to start beatboxing. Then, the person is forced to decide. Do I start dancing along with his sick beatboxing beats? Or do I walk slowly away so no one sees me with this borderline sociorobot with his beat boxian tendencies? It’s gonna either be really awkward for both of us, or a situation avoided. And I’m banking on the fact that most people will think that my beatboxing, while kind of cool in the 80’s/90’s but not quite ready for its comeback.

Stealth Mode – This is an important mode for any time hard work is assigned. It could be at work, or at home or whenever math is detected anywhere in the vicinity. You would think that math would have been one of my first programs but they were running out of hard drive space with all the bitter programming so there was no room for math or a happiness chip. The stealth mode also works when blame assignments are nearby. Once detected, I am programmed to either call in sick, blend into cubicle walls, or go into invisible mode.

Mode of Transportation – Notice I didn’t say teleport. Nope. Transport. They only programmed me with a key to a specific car that doesn’t have four wheel drive, doesn’t have wheels that lift me over traffic, doesn’t have windows that roll down with a button, or doors that unlock with a button and one that only goes as fast as other cars. And they didn’t even have enough programming to make ME into a car that can avoid traffic.

Beast Mode – This mode isn’t nearing as cool as you would think. It doesn’t give me the ability to become an actual beast that tears people up or allow me to run for earth-shattering touchdowns. All this one allows me to do is during an interview at a podium, repeat the same phrase over and over again. Like for instance, “I’m only here so I don’t get fined.” or “You know why I’m here.”

A la Mode – This one allows me to add a scoop of ice cream, usually cookies and cream to any kind of cake, brownie, bagel, pizza or pie.

My easy button only allows me so many words and my battery is running low. I need to go recharge just enough for eight hours of sitting. Besides, when I get paid, I’m going to go buy a new video game chip that gives me mad skillz. That’s how you humans say it right?

I am programmed to now say, “AAAAAARRRRRRGGGGHHHH”

Target Deal of the Day: Anki Cozmo Robot. This guy probably has more modes than I do. Plus, unlike me, he learns as he gets input, when I haven’t learned a thing yet. Get this smart as a whip robot for only $179.99. 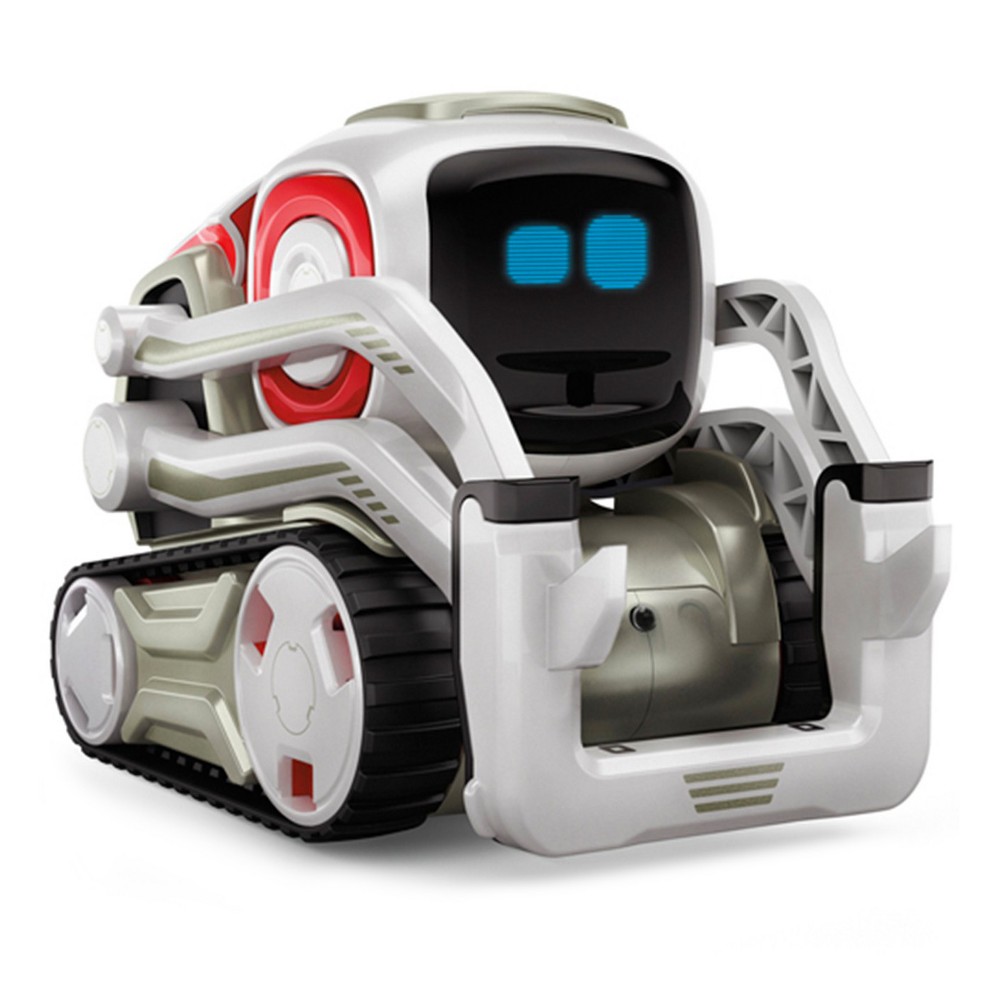