Annnd…now the awkward season of “Did I accomplish anything this year?” begins.  At least for people that actually have goals and stuff.  Those people are probably hard at work with guilt and regret and suffering because they didn’t live up to goals.  And scheming is taking place to start new goals. That must cause real bitterness for them.  I, one on the other hand, am bitter because I achieved way more than I should have.  Especially since I was awake before noon and in bed before 3 am most days. 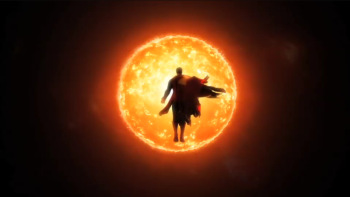 Are you a bright light, optimistic Man of Steely daytime person?…

Speaking of days, and nights, this post is all about who dominates the 24 hour cycle which we call a “day”.  So already at the top of the discussion we observe Day as an overly ambitious, manipulative arrogant time thief, especially during the summer months.  Day unfortunately causes upticks in productivity, and requires that most of us actually be awake and forces us to at least pretend to do something.  Things associated with day.  Jobs, driving in traffic, sitting over computer screens, talking with other people, thinking about stuff that you don’t want to, messy hair, and destroying dreams. It is also associated with noise.  Birds chirping, rooster crowing, cars honking and people talking way too much. Superman usually brings justice in the Daytime because he gets his power from the Sun. And he knows there is another hero meant for the Knight.

…or a sneaky, brooding user of the shadows Dark Knight?

Then there is the bitter night.  Night is a stalker, a thief, a villain, and manipulator of the hours during the winter time.  Night is associated with shadows, sneakiness, horror movies, dark alleyways and darkness.  People seems to want to burn midnight oil for some reason during it, and it may be where some people get the quiet they require to get their best ideas. For many, it is a time of sleep.  For some reason, people like to close their eyes during most of it, whether it is during a scary movie, or because the couch they are laying hypnotizes them into it, or because sleep keeps beckoning them to do so.  Night is usually a time of quiet, and silence. Big things during the night is TV shows, dinner, not working, running chores, stores closing and video games.  Batman loves it, because he is dark, and so is the night, thus the dark night and…the Dark Knight. See how that works? Besides, he lets another Super Hero handle the daytime.

So, who’s side are you on? Or should I say, who’s hours make you more bitter? Is it the brightness of the day, or the darkness of night? Do you like productivity or wind downivity? Do you prefer the noise and bustling of the day or the quiet stalky, thiefingness of the night?

Whose side are you on?

39 thoughts on “Bitter Rivalry of the Week: Day v. Night”