Back in March, when I was finally granted one actual week of vacation out of my 4 possible weeks, it just so happened that it was on the same week as my kids Spring Break from school and the week after my parents were just coming home from Mongolia to their home base of Utah.  Since we hadn’t seen my parents for a year and a half, except through the miracle of this futuristic video chatting device called Skype and FaceTime, where people get to see your sighs instead of  just hear them, we knew that a road trip was inevitable.  Not the fun kind of road trip where you don’t plan out your route and you just drive and see stuff, but the kind that you just want to get there as soon as possible with the least amount of money spent and the least amount of potty breaks.  While I have the bladder of Superman, (I assume he can hold it to infinity) others in the Journey did not.

Always having to stop for potty breaks.

Road trips are a bitter all around experience, (are we there yet?, crappier McDonald’s than even your local ones, the aforementioned potty breaks), but the worst part of all is the music.  Though this trip was assisted by the Sirus XM Satellite Radio (I expect an endorsement deal from this by the way), which allowed for clear reception the whole trip, the bigger problem popped up in the form of a pop station disease called “SONGS REPEATING”.  Some days when out doing errands, we try to time our 20 minute trips just to see if we can leave with the same song playing as the one when we get back.

Not this song again!

I know one thing.  If I was a radio DJ for one of these stations, I would go postal on every last CD, cassette tape, 8 track, and every digital file of every song ever created.  There is only one thing worse than hell and that is having to listen to a song you hate, by an “artist” you hate, over and over again.  I had all kinds of illusions of listening to Comedy Central, NBA Radio, or even a Latin Station (which I wouldn’t understand a word), but unfortunately ended up listening to Radio Disney because the kids might accidentally listen to it for one second instead of playing games or fighting with each other. 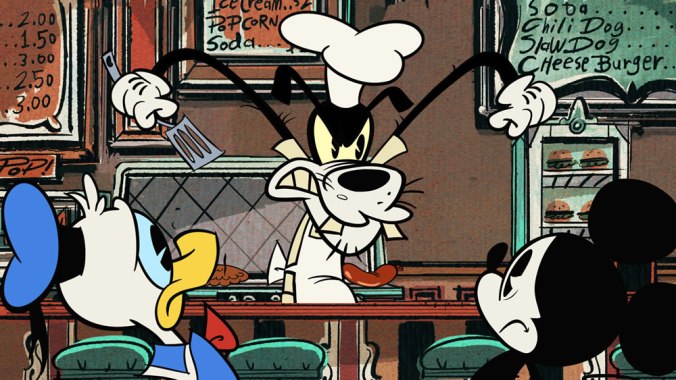 Just when you thought THE MOUSE couldn’t make me any more bitter.

Just when you thought the Mouse couldn’t make me any more bitter, the line up of Disney “Stars” found a way to make it worse.  Let’s take a look at mad writing skills that invaded my human ears for 24 hours in the last couple of weeks.

The Fox – What does the Fox Say? – YVsomething –  I know that I’m a little late this crappy song party, but here are some sample lyrics.

I don’t know what the Fox says, nor do I care, but I know what I say.  I say this song, its song writers and whatever other stupid people were involved in the making of this song, should be forced to listen to thier “hit” for the rest of eternity(or at least one road trip across the United States, whichever is longest).

One Direction – The Story of My Life –   Sample Lyrics -It seems to me that when I die these words will be written on my stone.

Well, One Direction, when you do die and you need some words for you “stone” might I suggest this:  The Story of My life is misery.  We caused misery for ourselves, our miserable fans, the parents of our fans, and all those unfortunate people that aren’t our fans(the entire earth and rest of the universe), that accidentally or road tripally ended up hearing our song.   I’ve got One Direction for you.  How about the middle of the earth where it is hot, and hopefully soundproof so that no one ever has to every hear your songs and look at your stupid hair that probably takes more time and product than a supermodel.

Hey Austin, I’m sure you have mastered the ability to be handsome or wear a winter hat in the middle of the summer in order to look “edgy” and you probably have learned to memorize some lyrics for a song, but how about a basic English class?  I’m not talking a college level course which age wise you might qualify for someday, but you know, how about a 3rd grade English class where words like “Yes” and “N” are also taught?  I guess you were really tired the day they taught actual words just how you were feeling after you ate something yummy.  I can’t wait for your next song called, “Uggghh, Gross”.

Hey Naughty Boy.  Are you a boy?  Or are you a man?  May I ask you a question?  Did it take you all day to come up with the title of your song? Was it a toss up between La La La and Hm Hm Hm?  Or were you trying to learn Spanish that day and said, “Hey how about we do THE THE THE, but in Spanish?” or was it something deeper like, “Hey, this song was recorded in Hollywood, so we should call it Hollywood, Hollywood, Hollywood!”, but you got tired of spelling that out so you just shortened it to LA, LA, LA, but they you got tired of capitalizing the A, and just went with La.  Regardless, keep inspiring the youth of America with you laziness.  I know I’m trying.

I could go on about the de-inspirational songs and music that were hammered into my head so hard that I don’t have any brain cells left to work right now, but I will refrain, so you can discover the witchcraft of the 14 special songs you will hear when you go on a bitter road trip near you.

Bitter Music in my Head Ben