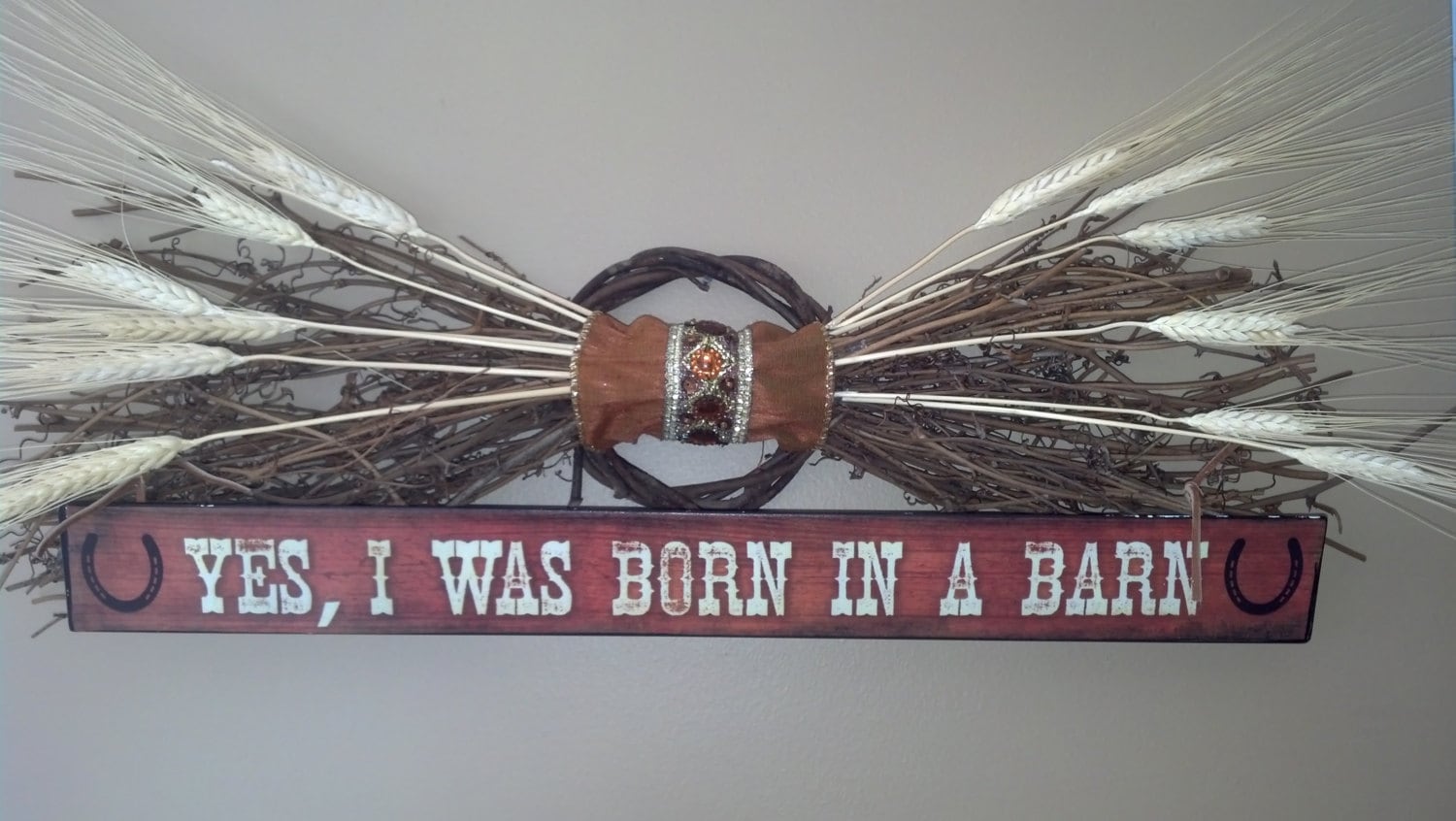 No, but I went to a wedding breakfast in one.

“Were you born in a barn?” my mom used to ask me when I was a big pig growing up. I can honestly answer you a no on that, but I can say that I spent the weekend in one…for a wedding.

As I wrote a few months ago, I can’t stand weddings. I am very much a fan of the institution of marriage, but weddings are the worst, and this is of close family. The main problem for me, is that I have to spend more than 14 hours being dressed in a suit, on a Saturday, and not getting paid. I will do a lot of uncomfortable and crazy things for money, but when I’m not getting paid, I get very much bitter.

Back to the barn. The groom grew up in a tiny little town on a very large farm. It was so close to the mountains, that I was wondering if we were going to need to get out our climbing equipment just to get to the venue. It was a breakfast in a barn. Luckily there were no farm animals or hay in the barn, but I was worried that we were going to have cowpies as part of the breakfast. One positive note was that I got to see ladies with high heels try to navigate the steep dirt driveway climbing up to the barn. I kept hoping that one of them would have fallen and not got up. No such luck.

The breakfast proceeded without drama, so much so that I heard the word “Nice” and “kind” almost to the point where it was going to make me throw up. I just kept hearing how nice the couple was to each other and I wondered secretly how long it would last.

Just when the crack of dawn ended and the breakfast was over, we got to go to the wedding venue. We were ushered to a room and waited…and waited and waited. Visions of many movies rushed to my mind. The Wedding Singer…other movies where the wedding was called off…in my mind, I was almost expecting a person calmly coming into the room, and saying..”I have an announcement to make…”, but soon after they came in and everything went off with a hitch.

Then we got to wait again. They were in changing while we were outside waiting to get to be in pictures. I think it might be a tie between wanting to ruin their pictures and being in pictures, so either way I lose. In the meantime, we had a girl who was getting sick and 4 or 50 round trips between our car and the venue, because we were in charge of hauling the flowers around for all the bridesmaids and groomsdudes. They were only like 50 pounds and a few blocks each, but I am pretty weak these days, so I was out of breath and sweaty for most of the day. Finally that was over and we got to go eat.

Unfortunately, we got something to eat, went and woke up my son, and then we had to go to the reception thingy to help out. For some reason, even if you pay a lot for a reception hall, you still have to do work to set it up, if you are married to someone who likes to be helpful to their family. Unfortunately, I have a very helpful wife and she likes to drag my helpfulness along.

Luckily, I found a way to be not helpful, because there were so many other people being that way, and lots of hiding places for me to “pretend to be working”. So I managed to be able to dodge most of that. My feet and phone were having a really hard time staying awake.

The reception was boring and the food was tiny, so of course, my bitterness quotient started to rise. I just wanted to be home laying on the couch and falling asleep to an episode of the Office. Luckily, my daughter wanted to be home too. We almost scored an invite to go home, because of her and I wanted to thank her to the depths of my soul. We all came in one car, and my wife said we should go home and she could get a ride with someone else.

We were almost stepping out the door, when she said, “Well, you guys should just stay a few more minutes and then we will get out of here.” We were so close. We almost got away with it, if it weren’t for those meddling adults.

We ended up staying until the bitter end. Or should I say the Glitter End. Someone had the brilliant idea that we should send off the bride and groom with sparklers and glitter shooters. The sparklers were great, cause they made sparkles, then died out. The glitter, not so much. This added hours and millions of messes to the whole day. The glitter exploded on the street and then decided to be like that stuff that makes Spiderman evil in the third movie. It grabs onto a host and never lets go. The street was littered with it.

Then kids swam in it, and then spread the disease inside. It became impossible to remove, or move and get out of kids hair. Little did I know, that there was a country music dancing festival every Saturday night and they were expecting to move in, a half hour after ours ended. So here were with brooms, mops, and street cleaners, trying to get this glitter out of every nook, cranny and hairpiece. It was a disaster of epic proportions.

I’ll be buying one of these for my worst enemies, by the way.

I don’t know why Disney has forced this “magical” glitter thing on all of us, because that stuff is impossible to clean. In fact, as of the writing of this post, there is still glitter in my hair, in my car and in our house. And my son has some unexploded bombs ready to go off in what I assume will be the most inconvenient time and place. That stuff is evil and glitterally the worst.

48 thoughts on “Glitterally the Worst”