Warning! The lightning bugs are going off in my head!

I have a very creative mind that is very limited technically. I can see something small in nature like a leaf or a bug on the ground and my brain synapses start sparking. A million different lightning bugs go off in my head. I can immediately think of a hundred different metaphor’s on how a tiny little bug applies to hundreds of different little applications. If I was a dynamic person, that wasn’t lazy or had a voice that didn’t put people to sleep, I could be a motivational speaker.

On the other hand, you can ask me to do my 4th grader’s math and explain to him how a stupid number works with another and my brain shuts down like a teenager being told they have to, like you know, do stuff. My brain turns into a vampire who has seen a little too much light. It goes and hides in it’s coffin.

The other day my mind was little Red Riding Hood. It was skipping along a little path to go to Grandmother’s house, you know, wandering, and it came upon a little question.

1 and 0’s…and maybe the other numbers too.

How did we as a society go from two numbers, 1 and 0 specifically, to where graphics and movies and all these amazing things computers do today? Like honestly, today we have video games and movies and graphics that boggle the mind. I don’t quite have a 4K TV yet (it’s coming though, I can feel it), but the amazing amount of graphical power that a TV, movie, or video game boggles the mind.

60 or 70 years ago, computers didn’t even exist. In the 60’s people were watching TV, but only in black and white. Along comes some lazy genius in that time period, who decided that he or she didn’t want to do things by hand anymore and wanted to make a machine do it. So he or she saw that two numbers in succession could do things for them. So he or she invented a machine with 1 or 0’s to do things for him or her.

All of a sudden, the lazy people of the world united. They also wanted things to be done for them, so they looked at the 1’s and 0’s and decided they wanted those numbers to do more things for them. I’m sure there are many steps that got us here, but essentially every word you type, every graphic you make, every movie you watch involves some sort of combination of 1’s and 0’s. It is a little mind blowing that that is the case.

It makes my brain explode to think of all the lazy geniuses it took to get us to a place where my kids can play games, watch movies, get make up tutorials from some little punk kid from a state 100’s of miles away, or two dinkazoids spazes named Logan and Jake Paul can make millions of dollars by yelling into a camera and doing made up World’s Records with more of their punk friends. 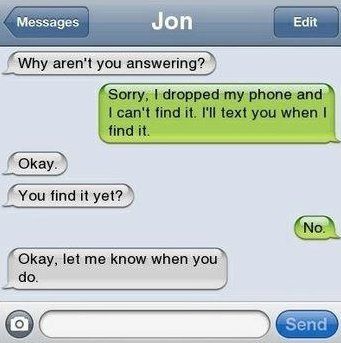 My tiny little mostly unused brain just wants to know how these amazing inventions went from 1’s and 0’s to the mighty graphics that can revolutionize the world. I can’t even imagine how a stupid text message that I make can magically appears on my wife’s phone. I just can’t comprehend how 20 years ago I thought that it wasn’t even possible that I could type my idiotic thoughts and somehow someone from India could read about it.

Does anyone else ever think how 1’s and 0’s have taken us so far in this world? Or am I the only one that thinks that?