When I was kid, we didn’t need seatbelts. We just went for a ride in the car.

When I was a kid, it was a different time. Kids got yelled at, punished, sent to their rooms, disciplined and we took it like men and women, even though we were kids. We understood when we did something stupid because our parents told us we did. Our teachers yelled, our principles sent us to the woodshed, the occasional belt was used, even **gasp!*** spanking were administered. We weren’t the sensitive, millennials that sued our parents for laying a finger on us, or causing “emotional stress”.

I know how to take rejection, suffer heartbreak, and have hardships without making a viral video on YouTube. I just lash out internally or blog about it instead. Anyways, I could take punishment all day long…from people.

What drives me crazy is that machines are now telling me what to do. I know the Matrix essentially says we are going to depend on machines all the time, but now we have hear it from them all the time too.

My car now tells me what to do. Hey Ben, you left your keys in the car. Get them out. Hey Ben, you didn’t put the car in park yet. I’m not going to let you leave the car until you do that. Hey Ben, it’s been 3000 miles since you got an oil change. I’m not going to let you leave until you hear my constant barking. And don’t you dare go above 15 miles an hour without seatbelts. I will not stop nagging you until those belts are securely fastened. 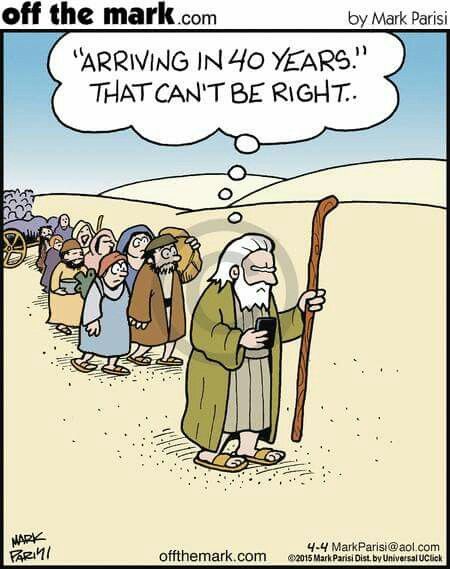 Even the GPS is a harsh British woman telling me which way to go. In the old days, I would just ignore my wife’s constant pleading to go to a gas station and ask for directions. Now I have to hear a British woman tell me that I have to perform a U-Turn when it is safe, even though I’m pretty sure the address is right there.

Don’t even get me started on the refrigerator. It keeps reminding me that the filter needs to be changed every six months, even though I know it could go another year or two. Besides the fridge can’t even manage to maintain an ice maker for six months, why should I be the one that has to change…its filter? Then it’s complaining that it is too hot, or too cold. What next? Are you going to have hot flashes? Night sweats?

My kids don’t listen to me, but at least when they do they at least kind of get the directions. When I ask my phone to do something, they completely misunderstand. I say, “Alexa, get me a job,” and she replies back, “I’m sorry, did you say you are a slob? Let me look up the closest cleaning services in the area?”Uggh, seriously Alexa you are the worst,” and she says, “Thank you, I really enjoy being the first. Would you like me to give you the address for First National Bank?” I give up Alexa. Just type me a new blog post.

I Think he says ARRRRRRGGGGGGHHHH here?

26 thoughts on “Rage of the Machines”