I’m obsessed…but with other things.

After doing extensive research, I’ve found that people are too busy to read the internet and blogs right now because they are too busy celebrating the holidays.  Words are too hard to read and pictures are like a thousand words each, so there certainly isn’t time for that.  So, I’m bitter about it, but I’m keeping this short because I’ve heard interneters have a short attention span.

Was that intro short enough for you?

Below are a few things I’m bitterly obsessed about.

I’m obsessed with Twitter and Instagram and other forms of social media.  But not using them in traditional ways, but trying to change how they are used.  Problem is, no one famous follows me on either one of them, so I can’t make the changes I want.   For instance, on Twitter, I tried to do a theme for a while called totally blurry pictures. You would favorite them, retweet them and become obsessed with how awful they were.  On Instagram, I try to make bitterly snide comments with other people’s pictures or memes, but all anyone wants to do on there is post selfies…of themselves.  And by the way, if that guy on the AT&T commercial got “100 likes on his selfie” I don’t want to live on this earth anymore. 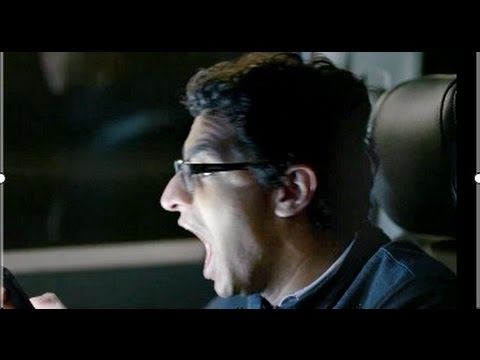 A hundred likes for this guy.  Are you kidding me?

Working for the Onion.com.  They speak my bitter language.  They were one of the bittersperations for this blog.  They have a TV show, a podcast, they write news articles and make videos that make fun of humanity.  Clearly, they are lacking a bitter person that stands around all day laughing at other people (in case they are reading this).  They also need someone that would do stupid things all day that they could write about.  I could be that person.  (Email and resume are available, theonion.com)

I am obsessed with my phone.  It is big(carpal tunnel), bright(blinds me in the morning), and has all kinds of uses.  I could use it to break a window (by turning the volume up really loud and playing opera), I can use it for surfing the web (meaningless Youtube videos) text people all the way across the room, and play hundreds and hundreds of meaningless free app games that will continue to waste away my bitter life.  I’ve heard you can use it to communicate through voice, but I’ve never tried to use it that way.  Seems to futuristic and hard to use for that.

Speaking of meaningless free app games, I’m obsessed with a gulp, hem, haw, holding hand overhead like I’m holding a noose, doing a slashing motion to my throat, a Disney Game called Tsum Tsum.  It sounds stupid and it is, but it is addicting.  And you can only play 5 hearts worth of games, and then it either makes you wait like an hour to recover hearts, or you can pay actual money to get more (like that will ever happen).  Anyways, I have to keep pushing through if I ever want to get a premium box and the chance to get an Elsa Tsum Tsum by December 28th at 11:59 pm UTC time(whatever UTC time is) , for my daughter of course.

I’m obsessed with video games.  But not so much a certain game.  I can quit at any time.  I mean I’m obsessed with them being revolutionary.  I want someone to create a game so revolutionary, that I will put aside things like family, car, gold, jewelry, hobbies, blogging, writing and job.  They keep not doing it, and I keep being bitter about it.

Dreams.  I’m obsessed with dreams.  What they mean, why they go away so fast, why the good ones never come true and the bad ones actually happen all the time.  And most of all, why I’m not dreaming right now.  Or am I?

I’m obsessed with advertising. Ever since I was young, and was forced to make a decision about what I wanted to do when I grew up(and realized I hated accounting and economics) I wanted to be an ad exec.  I wanted to write commercials.  Still not doing it, still want to.  I would love to write really bad commercials for local car companies, so they could annoy you.  Or even national commercials and get you to want to skip them to get to your favorite shows.

There you go. Really short post and only 2 pictures (only two thousand words for that one).  Now stop ignoring this post and read it.  Unless you can’t read, which in that case, just look at the goofy pictures.