What did I think of the trailer? Extinct.

If you have been to a crappy kid movie lately, then you were probably forced to see previews of even more crappy kid movies, thus perpetuating the amount of kid movies that you will see in the future.  The only way out of that cycle is to be a crappy parent like me and tell them no.  One of the terrible previews I’ve been seeing lately is a superbly animated, yet kindgartenly written story of Dinosaurs, called, imagine this, Walking with the Dinosaurs.  They might as well have named it Driving Ms. Daisy, it looked so dull.  Some runt dinosaur blah blah fights against evil blah blah and steps up to save the herd blah blah.  It sounds so formulaic, the writer’s probably waited in line, fought some people, and purchased the door buster story at Plots R Us.  If you want to know the real reason why dinosaurs went extinct, it is because they didn’t want to have to sit through a movie about them that was this bad.  I’ve also thought about starting my own ice age, just so I can avoid having to see this one with my kids.

Some people think that dinosaurs have a weakness against asteriods. Nope it is heartburn.

Some people are clinging to the thought that is was an Ice Age that killed off the Dinosaurs, but they would be wrong.  It also wasn’t the meteors.  Scientists have long been using science to try to figure this out, but they are just going about it the wrong way.  At the B.I.T.T.E.R. School of Bitterness, we know the REAL REASONS(REAL BECAUSE I CAPITALIZED IT), and I am going to give you the benefit of my bitter knowledge, without even charging you to go to my Real Reasons Why the Dinosaurs went Extinct Class.  You’re welcome (Don’t think you won’t pay for this later though).

Part of their delicious demise.

REAL REASON #1:  Food. They started by eating grass and each other, but that just eliminated the species that enjoyed getting eaten.  Then they started getting bored with that stuff, so they started inventing things like pepperoni pizza, Italian food and MSG’s.  More of them died off.  So then they invented Health care providers.  The problem was that the dinosaurs were making a barely livable wage at their meaningless roaming the earth jobs(the travel was getting to them), and the insurance costs kept rising.  So they wouldn’t go to see their dinoctor for stupid things like colds because they didn’t want to pay the $25 co-pay, but when their knees started hurting or their acid reflux started acting up, they just couldn’t take it anymore.  So they would go in, get a meaningless consult, get referred to another dinoctor that would take their co-pay and then tell them that the surgery they needed was only covered 50%.  They just when they needed to get surgery, the rates doubled.  They couldn’t afford to go to the Dinoctor anymore so they just stopped going. 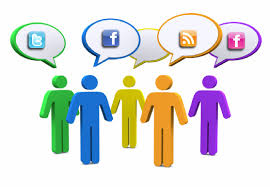 As fast as they were, they couldn’t keep up with this.

REAL REASON #2: Social Networking. Communication amongst the dinoherd was important.  Knowing where they were going was super important because food.  They would use a method called talking face to face.  It was a communication method that required being in the same vicinity and for the most part it worked.  Things generally were not miscommunicated, (at least when they were being honest with their feelings), but then the yaks and zebras started using Smart Stones that allowed them to communicate by long distance.  They would text each other about when then dinosaurs were approaching and all of a sudden the dinosaurs weren’t able to catch them.  Then the monkeys invented Facebrook and Instagrass and they were taking photos of their food.  The Dinosaurs were so opposed to using these devices and apps that they didn’t have a presence on line and became extinct on the world wide spider web. 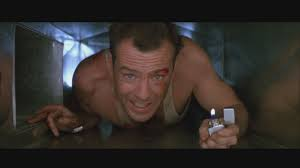 Without an old dinosaur of a hero, who will save the dinos?

REAL REASON #3: Heroes.  Dinosaurs were raised on stories and movies that taught that the best way to survive was to do their best, stick together as a herd, defend their people and love each other.  The problem is that those values are great for when they were fighting other Dinosaurs of equal or lesser strength, but when someone bigger came along, they couldn’t just depend on using their regular fighting skills.  So every once in a while, one of them would try to stand out and fight with more strength because they were brave, or because they fell in a vat of lava and gained a superpower.  But the herds didn’t want any heroes running around like Bruce Willis in the Nakatomi Plaza, or the Mighty Thor with his sledgehammer.  No one was allowed to act like a hero.  No one was allowed to “Save The World” or even “Save the Herd”.  So when the asteriods came, they used their regular strength instead of allowing BatDino to use his Battarang to save Gothasaur.

The reason why dinosaurs don’t watch movies anymore? They don’t have Betamax at Blockbusters anymore.

REAL REASON #4: Innovation. Dinosaurs love the classics.  They like their arms short and they legs and tails too long to run fast.  They like their brains small.  If a brain gets too big they would get headaches and who likes those? When Blockbuster came out allowing you to watch, they were sure that Betamax was the future.  When the record player was invented, they were absolutely convinced that they were the present and the future.  They were convinced that walking would be the best way to get around.  They weren’t really convinced about cars ever going anywhere because how would they ever get the fuel for cars to run? Solar power, wind energy, electricity? Nope those would never work.  They would probably need some sort of fossil…fuel…oh shoot.

I have no idea what the downfall of the human race will be because I’m not a scientist, but I know for a fact that we can’t learn anything from the dinosaurs.  They have such tiny brains.