I was but a little bitterling once.

When I started this blog I was just a little bitterling in a really huge pond. I had no other intention except to express my feelings about all the bitterness in the world.  A few co-workers knew about it, because they were the ones that called me Bitter Ben. They knew I was bitter about all the customers I dealt with on a daily basis. I posted six times that day and man, did it feel good pound my keyboard and get all those bitter feelings on the internet.

Fast forward 4 or 5 months later and I finally got my first few followers, including my wife and parents, who finally discovered I was doing it, and people actually thought I was worthy of a follow. I kept doing it, and several months later I reached the peak of my bitter powers. Most of you don’t remember that WordPress did a thing called Freshly Pressed. All of my blogger friends had talked about it, and many of them had recieved the coveted feature spot on WordPresses front page. When that happened people would flock to your page for a week or so, and you would get all kinds of views.

I got the Freshly Pressed spot, viewers flocked to my page for about a week, then they forgot about me. Then, in April the next year, I did to celebrate the miserableness my 40th birthday was by doing a post called 40 things that make me bitter. (I continue the tradish to this day for each birthday). I got nomiated again for this post. I decided to make a huge promotional push this time and that day and the rest of the month became the highest viewed month in my history. It’s all been downhill from there.

Nope it wasn’t San Andreases fault or mine. It was yours.

Some of it is my fault because I got busy with school and work and unemployment stress and guilt about not writing as much, and sometimes I only wrote once a week. But for the most part it is the rest of you people’s fault. You have stopped your blogs, and stopped following each post, and stopped commenting as much. None of you has given me any money (okay not true, one of you has and you know who you are), or submitted any of my work to publishers, or sent my best posts to famous people to read.

I haven’t been reblogged in a long time, I haven’t had any people comment about how this blog has changed their life from a life of happiness, to a life of bitterness in a while either. I look to my past and dredge up some posts to make you feel guilty. I once did a post years ago that legit got 250 comments. I had months where I was getting close to 70 or 80 likes on each post and some upwards or 100 to 115.

Something has changed and it hasn’t been me. I keep coming up with mediocre ideas and even more mediocre writing and execution. I was just as bad in my heyday as it is now, and yet you are all slacking. So because of that, I’m not giving you my best work. I was up last night at 2 am because of an attack of acid reflux and I had a killer blog post idea, but decided not to use it, because of your lack of audience participation. 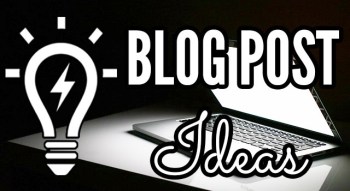 I had one last night…but now I’m not going to share….

So take that. I going to hold back my brilliant post that would have gotten a Grammy or Emmy or Oscar, and all my other best stuff because I’m speaking to a metaphoric stand-up comedy audience that is on their phones all night, not paying attention to the bitter stand up comic. When you start paying attention again, then I might start giving you my bitterest work, but until then I’m going to pout and whine like a bitter 45 year old little baby until he gets his way. And send it to a publisher who will reject it because I forget to leave a comma in the right place.

46 thoughts on “You Don’t Deserve My Best Work”