What is even more satisfying than people watching, is people judging.  I especially love taking what people say and do when they think I’m not paying attention and extending those actions to what I judge they do and are like in the rest of their lives. I did a lot of sitting today while waiting for my son’s game and then watching his game and this was prime people judging material.

Here are just a few of my observations of people at a football game. 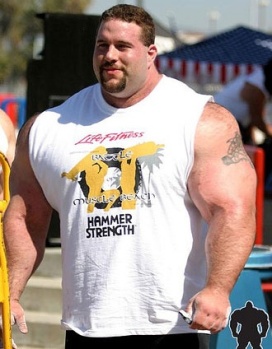 “Wow, that kid on the other team is even bigger than our son (who is essentially a foot taller and 50 lbs heavier than anyone on his team). Clearly, he is a fifth grader. Should we check his papers?”

“Wow, this field has four sprinkler drains right on the field that could cause sprained ankles. Do you think I could use the cameras filming the game for footage in my law suit against the city if I “accidentally” trip over one of those during the game when I’m protesting a call?”

“I think this ref is trying really hard to be an NFL ref. Do you see how well he is blowing these calls and trying to make himself the star of the game?”

See if you recognize any of these parents on the sidelines of your games. 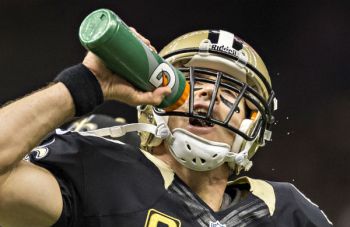 It takes skill to get that through the right quadrant.

The Gatorade Bottle Squirter’s through the Helmet parents: They are constantly trying to keep their kid hydrated, because if they don’t, the kid will evaporate into sand before the game ends.

The Trainwreck that shows up halfway through the First Quarter: She forgot to give her kid his socks, so is helping him put them on. His kid’s name is being called, so she is frantically trying to put them on him, while yelling to the coaches that he is almost ready to go in. Then later, she is on the sidelines telling the kids to stand up right after the coach told them to take a knee. Starts calling plays for her kid and telling him to go in when none of the coaches have told him to go in. Etc.

The so many accessories you would think they would preparing to summit Mt. Everest: They have their chairs, their hats, their tent, their couch, their long lens camera, their big screen TV to see replays, their sleeping bags, their hiking gear, their king size bed….

The Wanna Be NFL Parent: They yell instructions to their kid from the sidelines about missing their assignment on  “Brown Right Over 73 Chicago F arrow X curl” or their footwork was off when they ran the side curl route, fulling insisting that their kid not only know all that, but that they can hear every instruction they just barked out through the massive helmet that is half their body weight. 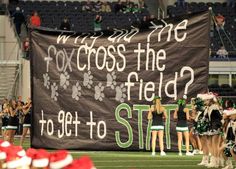 The ones that are so worried about the paper halftime sign that they haven’t watched one minute of the game: They spent half the week planning, preparing, making the artwork just right on the 40 foot paper sign that the kids will run through at halftime, that they didn’t have any time to make their kids lunch or help them with their homework, which would have been good for them because they misspelled Cougar’s.

The “No wonder they call me the team mom”: Because I brought a speaker that blasts an 80’s rap song from Teenage Mutant Ninja Turtles to get my little guys all pumped for this third grade debacle.

The silent judgers: The ones that sit there the whole game judging all the other parents of their misdeeds while not recognizing that they are committing a bunch of the things above or worse, but not seeing it because they think they are so perfect.

Bitter Observationer from The Sideline Ben