Yes, all the interesting things about me.

Yes, I am aware that it is no longer August anymore.  Do I look calendarly deficient to you? I am able to read a calendar.  But everyone seems to be in such a celebration mode about it being September already when August on our calendar less than 7 hours ago (as of press time). Rah, Rah yeah its September, some will say.  Let’s have a celebration because now fall can begin.  Let’s celebrate the new school year (which by the way is my kid’s first day. I bet you can’t wait to check my Facebook and see their new outfits!), and let’s pound each other’s fist’s because football is finally back and the nerds can do their fantasy football, and the jocks can run into tackling dummies and the cheerleaders can stand in the freezing rain and cheer us to come to their annual car wash (yes, I would like to pay $20 toward your camp in exchange for a mediocrely done car wash that the rain is doing right now for free.)

And let’s begin the holiday quadrant of the year.  Starting in September, we start getting actual holidays that give us the day off.  Well, actually we don’t get Halloween off, even though according to some reports more money is spent for Halloween than any other holiday, including ***gasp*** Christmas.  Things get cooler out, snow storms are coming soon, and more time with family, yeah! Less time to be lazy, yeah!

So before September takes over the monthly month duties, let’s look back at August, bitter August, because dwelling on the past is always the best thing to do.  August is the Sunday night of months.  You know Sunday night.  It’s still part of the weekend.  You aren’t hunched over your computer, looking at emails that you wish were accidentally deleted.  You aren’t traveling from Lakeland, FL to Laredo, TX to give a presentation that nobody is listens to.  You aren’t in a meeting about mandatory TPS reports.

But you are at home, still exhausted from all the things you did over the weekend, but regretting all the things you didn’t do.  You didn’t take a long enough nap.  You took out the garbage instead of laying on the couch that one time.  You worked outside on your garden that no one is ever going to see, instead of watching that gardening show with your eyes closed.  Yes, the Sunday night dread before a loooong work week ahead.  Except the Sunday night dread, is extended for a whole month called August.  The month before school starts.

And don’t say you don’t care about school starting because you have been out of school for 10 years.  It doesn’t matter.  If you have kids in school, you might as well be going to school yourself.  You are doing their homework, making their lunches, hearing all about their tests every day, hearing all about their favorite new bullies, being their favorite person to talk about all their problems at school, or being their favorite person to avoid when they don’t get good grades.  You have a teacher that keeps telling you about all the extra time you should be spending with your kids at home in math and reading that you don’t have time for and all of a sudden, not only are you doing your job, but you are back at school again.  Fundraiser for this.  Bake sale for that.  School barbecue, school play, school soccer game, school bingo.  And if you don’t have kids, you are still dealing with that heavily increased school traffic.

And August is there, the whole month, taunting you, giving you the pre-school (not preschool) anxiety.  Hurry take one more vacation.  Spend one more day out on an adventure.  This is the last time you’re going to be able to do this, this summer. This is the last time you’ll get before school starts.  Go buy school clothes, get those supplies, make sure everything is done OR YOU WILL FAIL….as a parent…as a student…

Let’s talk about our anxiety in a totally chill environment, bro.

August is that nervous buddy of yours that just wants you to be able to relax, come on over and “chill”.  I’m still cool, it’s still summer, we can just hang out.  But when you get there, all he wants to do is tell you about all his problems.  He’s always worried about the future, and can never live in the present.  I can see why they called that movie about the kid that saw music everywhere August Rush.  Because despite the fact that August should be enjoyed as a month, because it is still summer, it is always in a “Rush” to get to September. No wonder he’s so bitter. Sorry, I gotta go now.  It’s September. 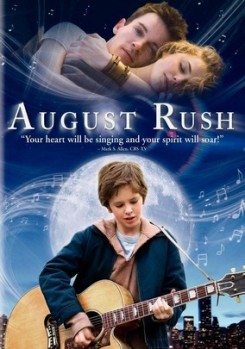 …and your anxiety will be riddled.

26 thoughts on “Bitter August Everyone!”