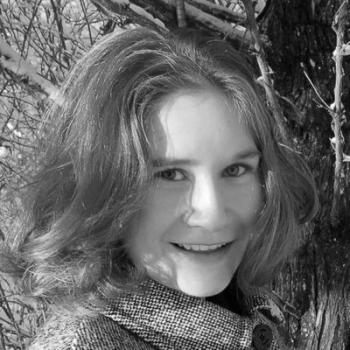 Today’s Bitter Ben substitute teacher is actually a substitute teacher, Annie Emmy Evans from Under and Over and Around and Through.  No, she’s not going to just put on video on and let you slide through the day.  You are actually going to have to pay attention, because she has words of bitterness for you.  And trust me she has things to be bitter about.  Have you ever been a teacher? How about a substitute? Anyways, I won’t tell you that sometimes she takes a positive spin on things, because you probably wouldn’t believe me. Thankfully, she didn’t do it this time in her visit to the grocery store.  Go see her blog Under and Over and Around and Through.

As I’m trolling the aisles looking for my products of choice, I encountered upon a health care professional looking cute as a button in her pastel scrubs, her pony-tailed hair and 4’11”, 75 pound frame. I instantly hated her. I don’t even know why. But hate her I did… with the passion of a thousand burning hell fires. I smiled and nodded at her as we passed with our carts, and tried to subdue the bitterness now building up inside of me. I gathered my pre-packaged ham, my potato chips, my Wonder Bread, my microwave popcorn, my naval oranges and my frozen pizza and headed to the checkout counter.

But as luck would have it, the only line open was the one in which “Nurse Adorable” was last in line, which meant I had to take a spot directly behind her. Even the way the woman unpacked her cart was annoying. She was one of those people who is compelled to group like-things with like-things. As though having the tin foil sitting next to the salad dressing on the conveyor belt will cause mass confusion for the clerk and the entire world will explode into utter chaos. So, here she is separating her paper products from her produce and her produce from her dairy products and her dairy products from her canned goods and OH MY GAWD, it was so freakishly annoying. Who is that anal retentive about unpacking their grocery cart?! (I mean, except my mother, and she’s old, so she totally has an excuse.)

I fought the urge to roll my eyes and waited “patiently” for my turn to load my groceries onto the counter. But suddenly I felt horribly inadequate as I watched her load up her gluten free cereal, her whole grain bread, her organic produce, her granola, her preservative-free deli meat and her quinoa and flax seed. (What the heck IS quinoa and flax seed anyway?! Does anyone even know or are we just purchasing these things in order to look cool to the REI crowd? I’m pretty sure it’s the latter.) Anyway, it occurred to me that as soon as I loaded my preservative-laden crap food on the counter, I was going to be judged by Nurse Adorable. She was going to look me over, notice my flabby upper arms and think (with an air of superiority), that I too could be as petite and adorable as she was if I would just eat right. Clearly, those super foods allowed her to maintain her petite frame. (They clearly also caused her stunted growth which resulted in her topping out in the height area at the age of ten.)

I was terrified of unloading my cart because it would have been a perfect illustration for any children’s health book on how to eat and how not to eat… And I was in the “How not to eat” category. In my defense, I never eat frozen pizza, but I was exhausted and the thought of cooking for myself was just unbearable. And normally I would get the preservative-free deli meat but the other stuff is just so much cheaper. AND, my naval oranges and organic microwave popcorn look kinda healthy, so that totally counts, right?

ANYhoodles, it was finally my turn to unload my cart, and as I was doing so, Nurse Adorable actually gave me the stink eye as I set my frozen pizza down on the counter. I’m not making this up. I thought my fear of being judged was all in my head, but here was little Miss Ponytail, eyeing up my purchases, quietly judging me and my flabby arms. I mean, she actually looked at my food, looked at me, looked at her food, and then looked at me again with this completely judgy look on her face. I almost expected her to launch into some sermon about “You know that stuff will kill you, don’t you?” As though I had just plopped down a carton of Camels, a 24-pack of Budweiser and beef jerky down on the counter. Who is she to judge?! I eat healthy… sometimes. MOST of the time. Just not tonight. On the one night I decide to eat like crap, I get in line behind you?

I knew I hated you when I saw you, Nurse Adorable. I’m sure you’ll pack up your groceries in your Subaru Outback, head off for a quick Zumba session at the gym, pick up your sixteen athletic kiddos (I saw how much food you had in your cart. You are clearly feeding the Duggars.) for a family dinner of white rice and organic stir fry vegetables before heading out into the backyard (pesticide and dandelion-free) for a quick game of touch football before bed (complete with bamboo sheets and hypoallergenic pillows).

Me? I’m going home to feast on my preservative-laden pizza and fantasize about punching you and everyone like you in the face. Sound good? Good.