Security is kind of a big deal in a lot of ways. It has been a big buzzword in our country in the last few years. While I don’t comment on politics because they boring and I don’t know much about them, but I think I have enough bitterness in other areas to not have to concentrate on them.

Let’s just say that security can come in a lot of different ways. One big thing that has caused quite a few news stories is people stealing things from other people’s porches, especially around the holidays. People have those NEST cameras, so they are at least able to record thieves from stealing stuff, but police aren’t really responding to a vast majority of these smaller crimes (at least according to my extensive research of overhearing that).

An awesome YouTuber did one of those virus videos about a month ago about how he was going to get criminals back with an elaborate ruse in which he made a package that was full of surprises for the thief. He filled the package with all kinds of surprises like a glitter bomb and an awful smell. He also included a camera and GPS so he could record the reaction and recover it. It was both funny and an amazing way to get revenge. Mostly the revenge. I had always thought about exacting revenge with a glitter bomb but wanted to make sure I recorded it. This guy made it possible.

There is a good reason why stores spend so much money on security. The more they lose from theft, the more they have to charge people. Some stores are subtle with their methods. Cameras everywhere, undercover shoppers, and those electronic things you walk by when you leave the store. Then there are some stores that take security overkill to the next level.

I’m talking about you, Ross Dress for Less. My wife and I were looking for a white shirt for my son but were having trouble finding one that fit that was less than $30. We went to several stores and were striking out. Then we saw Ross Dress for Less in the strip mall we were at and decided to go there. Before we did though, my wife was like, “I hate Ross Dress for Less.” I’m not a big fan either, but we decided to check it out. We almost immediately regretted not going there first, because as soon as we made it inside, we struck gold.

An amazing amount of white shirts his size and they were less than $10. We were so excited that we almost punched the security guards. Wait, did I just say security guard? Yes, at Ross Dress for Less, they have security guards. More than one. In fact, they are there as greeters as soon as you step inside the store. They usually look younger than my 11-year-old. They do have a vest though that makes them look intimidating. And they also have a radio at their side in case they need to take someone down with one of their radio antennas. Or call the real cops, because they don’t have handcuffs either.

They treat you like you said bomb, just for trying on a $5 shirt.

Then there is the product. Each product, whether it is a $.99 cent piece of candy or an upper echelon product like a $10 sofa, everything has a tag. Don’t even think of coming into the store with a backpack, or you will get searched as if you are trying to infiltrate the White House or Notting Hill Palace where the queen lives.

Security at Ross treats you like you are trying to break into Notting Hill Palace.

The worst part was when my son wanted to try on some clothes. Before you try anything on, you are greeted by a menacing 16-year-old girl who insists that you hang your clothing items up on a rack, where she takes her time counting how many articles of clothing you have, and then gives you a number, the exact amount of articles she counts. You must try them on, the comeback, hang them up on the clothing rack again, give her the number, and she will ask, “Did they fit? Will you be buying them?” and an interview amount of questions before you leave. Unfortunately, we had to go through this process three times, because my son kept finding new things.

My wife said she would never work there either because the employees have to go through an extensive search of their bags before they leave too because I guess someone might take a precious $7.00 pair of size 18 shoes or something.

All I know is that I don’t bring my arsenal of guns when I go there, because I think the 18-year-old security guard might mistake it for a Nerf gun that might cause a threat to their way uptight security.

Target Deal of the Day: Amazon Echo Show. This device can help you fortify your home better than Notting Hill Palace or even more than Ross Dress for Less. Pick one up today! 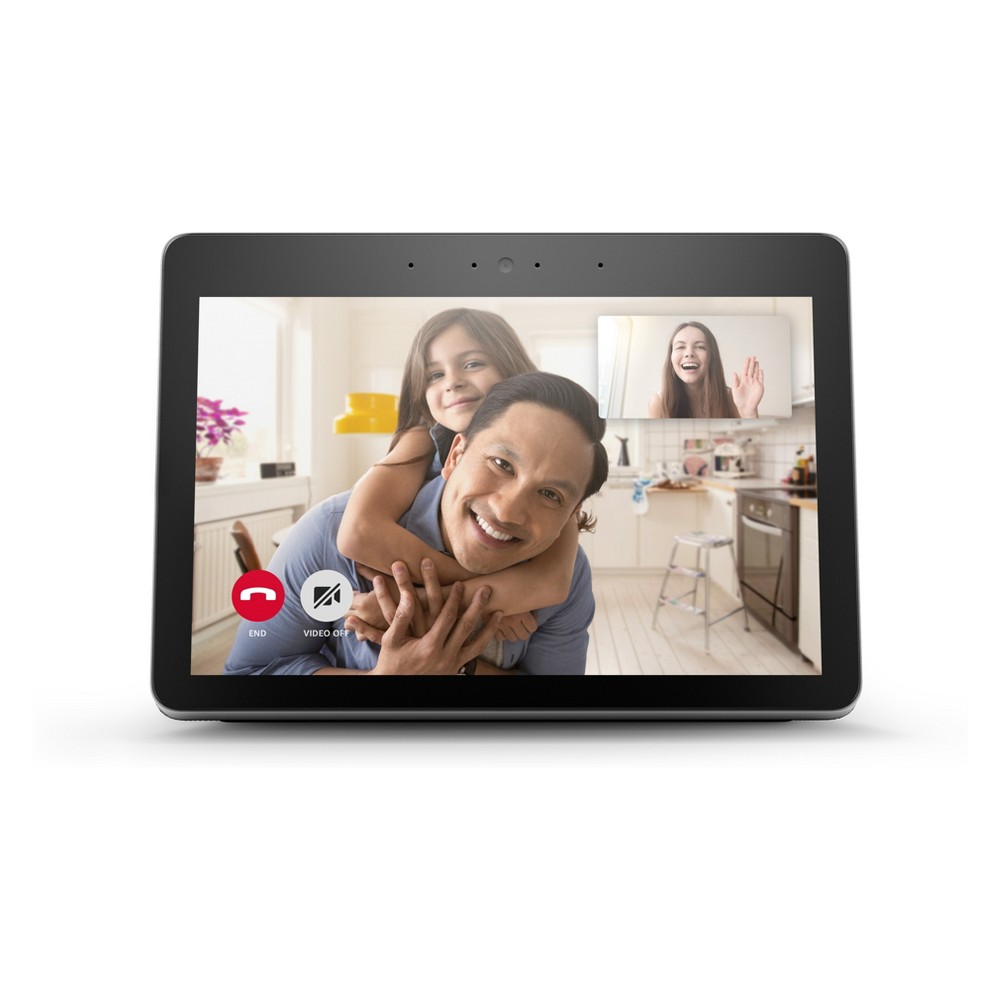