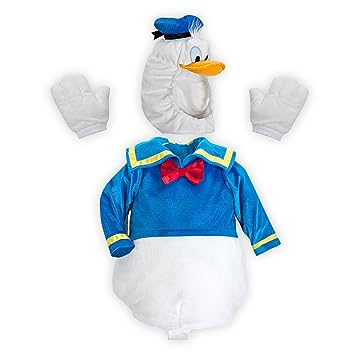 Halloween is always kind of an awkward time for me. Especially at work. You never quite know if people are going to dress up and if no one does and you do, it is the most awkward thing ever. Then there is the really uncomfortable aspect about your costume. If you wear one that makes you hot and sweaty, and have nothing underneath to wear, you are hosed for the whole day. One time, I wore a Beast costume and while it was fun for the first 5 minutes to get people’s terrible reactions, it was nothing compared to the reaction my body was getting to being sweaty all day. I just wanted to peel the whole thing off and never wear clothes again.

Like this but with a much bigger and sweatier version.

Then there was the whole Donald Duck one I wore once. As was custom for every last day of the month at my old company, we had end of month stuff we had to do. It made it really hard to concentrate on doing that when I had a stupid huge Donald Duck butt I had to sit on all day. As fun as it was to get all the distractions of people laughing at me all day, it made it all the more harder to get work done when I walked like a duck, looked like a duck and quacked like a duck, so I must have been a duck.

You know what ducks like best by the way? For some reason, bread. People are always feeding them bread, so it must be their favorite right? At least ducks and I have one thing in common. I love bread. My wife would call me a bread snob because, well, she is right. I love bread more than I love most people (though to be honest I love a lot of things more than most people).

Some may say that all bread is the same. But to a connoisseur of bread, I know better than that. For instance, have you ever had a Subway Sub Sandwich? You know they are gross right? It all starts with their “Fresh Bread that they make every morning”. There is no way that can be true, because I have tasted fresh bread and that is not. Their ingredients may be fresh (they aren’t either) but it wouldn’t matter if they were picked right in front of me, if it is on Subway bread, I am not eating them. The bread makes all the difference in the world.

I know people think bread is evil because it has carbs (maybe there should be a Stephen King novel in which bread goes around killing people and people should dress up as bread for Halloween), and man doesn’t live by bread alone, but it hasn’t killed me yet. Maybe bread hasn’t tried hard enough, or it can’t find me in a scary alley at night, but it hasn’t done the deed yet.

Maybe bread is trying for the slow kill. I’m fine with that, as long as I can keep having it with butter in the morning, peanut butter at lunch and it done french style at night with its carb buddies pasta at night. In fact, if I die choking down a piece of pizza, a sub sandwich that isn’t from Subway, or a Focaccia bread with pesto, I will consider it an honor to have died at the hands of bread. What I would feel ashamed of is dying having never known the sweet taste, scent and flavor of bread.

I feel bad for all you fitness people or diet masters that have never tasted the sweetness of a cinnamon loaf, or bagel with cheese.  You may have abs to spare, the ability to climb stairs and not be breathing like you just ran a marathon, but you, my friends, will never know the sweet, sweet taste of carbs covered with any number of meats, cheeses or other delicacies.

42 thoughts on “Bread And Bitter”