No matter how lonely I get, I will never become this guy.

I know this isn’t a very popular thing to say, but don’t worry, because I’ve never been very popular. I’ve never been a big animal lover.  My family has had pets before, but I’ve never been personally responsible for them. We had a cat that annoyed the heck out of me when I was growing up in South Dakota, because it would be -30 degrees and she would want to go outside. I would open the door and let the cold, biting air into the depths of my soul, and allow my internal organs freeze. She would feel the same cold air I did, but at least she had fur. When she felt the cool breeze, she would shudder, hesitate, then walk away, leaving me with the struggle of trying the shut the door against the 120 mile an hour breeze.

But it didn’t end there; it never did. She came back several seconds later, and begged to be let out again. I’m no genius, but at least I wait for several minutes before repeating my same mistakes and expecting a different result. She would do the same thing over and over again. Let’s just say that if I ever get old and all the people I know abandon me, I will still not become an old cat man. The cat did her best to annoy me, but at least when we got her it wasn’t a surprise. Thankfully, my kids haven’t pulled that crap on me yet, and brought home a stray cat yet, but I think I’ve threatened their electronic devices if they ever do.

If they ever do bring home a stray, it puts the bitterperson in charge in an impossible situation. You can’t take the cat back, you have to feed its furry face, and you end up cleaning up the crap, and the shedding…for a guy whose head hates hair as much as he does, that is a freaking nightmare.

Maybe your family doesn’t bring in strays, but if you really think about it, they do. They all have the ability to bring something into your home that you don’t really want, but you have to grin like the Cheshire Cat, and bare it like the full moon. 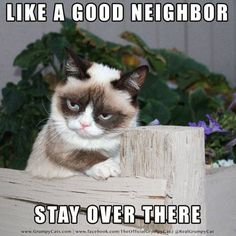 Feel free to not come over any time!

The Sons – They like to bring home unwanted strays called annoying friends. They ask if a friend can come over right when they get home, hoping for a yes, because they are right outside the door, grinning at you like a cereal killer. The hyper ones, the loud ones, the relentless ones, the q&a ones. The ones that want to eat all your food, the ones that want to drink all your secret soda stashes, the ones that want to eat all the frozen, creamy delights, or the leftover pizza you were going to have for breakfast. The ones that ruin all your video games, your movies, and your computers. But most of all they take all the quiet you had in the room and throw it out the window and return nothing but headaches in their wake.

The Daughters – They like to bring home stray passive aggressiveness. “Wow, nothing is in the fridge. Sure would be nice to have something in their when I got home. Oh, hey dad, didn’t notice you there not filling the fridge with food.” 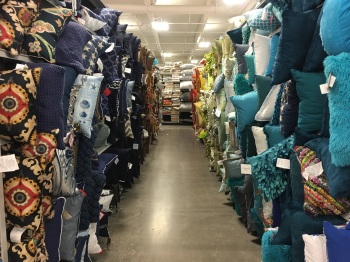 We just need a few more pillows on the couch, and the world will be ours. – Aliens

Mothers – They like to bring home stray pillows. All sizes, shapes and colors.  They like to do their very best to help the Alien race of Pillows to first take over the couch, then bed, then the world. Little did we all know that it wouldn’t be crazy alien spacecraft, or advanced alien technology, but pillows that would be our downfall. If only had learned to live with less pillows….

Dads – The stray cords. We all wanted to live in a wireless world right? We are almost there right? I mean look at all the wireless things we have right now? Wireless internet, wireless remote controls, wireless video game controllers…all we need to do is plug them in….with wires. Have you seen all the wireless stuff we have in back of the TV? Thank goodness we only have twice the amount of wires of wireless things right? We are learning how to cut that cord aren’t we?

Next time you want to annoy your family, make sure you bring home a stray. Whether it be an unexpected gift of a puppy, or the even more annoying neighborhood kid being a”loud” into the house, supersoft, yet taking over the couch technology like pillows, or the wireless world going wired, just remember how bitter the others are making you. Stop bringing in the strays.