My inspiration for taking over the world. A bunch of lab rats.

It was 1998 when I knew I wanted to take over the world.  Pinky and the Brain inspired it. (If a couple of lab rats can almost do it, I certainly could with my human like size.) My best friend from college and I always talked about it and planned it.  We would start slowly with him taking over California, and me Washington, then slowly expanding east. I always thought back then that if I could purchase a website and sell stuff (my plan was to sell my sarcastic newsletter and offer that service to you or your company) I could make tons of money.  Back in the .com boom, all the big .com’s were creating websites, then selling them for millions or whatever, so I thought, if I only had a life changing idea right then, I would be a billionaire right now and I would have been pretty close to taking over the world.

Now I’m not so sure I want to.  As you know, I’m pretty lazy and it just seems like a lot of work to enslave human kind. I guess if there was a remote control that I could use to make people do my bidding (like get me a pizza), I might want to be in charge, but knowing me, I would probably lose the remote control in the couch cushions and be too lazy to find it, and someone else would take over.

This guy in charge of the fish. Really?

There would be other problems that I wouldn’t want to take on either. Like, how would I get all the animals to listen to me too? Would I have to create the world biggest leash? Would I have to remote control Aquaman into taking care of the fish, and Jungle Book Kid or Tarzan those guys to speak to animals to tell them to keep it down and stop infecting me with venom(figurative and literal), and what then? Do I have a crew of people to clean up after all the animals?

And even worse than the animals, what about all the humans I would be in charge of?  I assume as the Bitter Leader of the world, I’m going to have to talk to these people. But they are just so annoying.  I’ve been trying my whole life to avoid humans, and once I take over, now I have to talk to them on a daily basis? That seems more like a job than what I do now.   I would have to deal with ever confusing question of “Which lackey’s do I trust? Which servant is going to stab me in the back? Which dunderhead is going to spoil the ending of The Force Awakens for me, or accidentally walk in front of the TV all the time or tell me the score of the game when I haven’t watched it yet? Or burn my pizza?” I just have no time or energy to figure out punishments or revenge plots.  It is just so confusing to have to be in charge of all that. Freaking humans.

Hey Kid, down in front!

Then there is the money issue.  So when I do a picture for Bitter Ben Bucks, do I just take a selfie? No, because the rule is guys don’t take selfies (though I could change that if I was in charge, but really, people are right. We shouldn’t.).  So then do I get my money pictures done by the same people that do senior photos?  And what kind of bills do I have? Is inflation making BBB’s worthless or does it cost $10 to make a one Bitter Bill? Do I want coins? And where do I store my money? In a bank or in a Scrooge McDuck vault? And if I do store it in a vault, will I remember my locker combination?

And if I’m in charge, what about the food? Will Pizza Hut deliver to the third floor of my mansion, or will I be just out of their delivery area (the second floor is in our area, sir, but I’m afraid your third floor is not). And how many Bitter Bucks will it take to destroy the Kale plantations so we never have to think about that stuff ever again?

How about the energy crisis? Not my energy crisis, but the power.  Will I have to get up from my couch to call the Power Company when my TV and video game usage is causing outages across the world? And why is the Energy Department taking so long? Ugggh. It is so boring hitting my remote control and the TV not working, and the lights not going on, and my phone having to use data instead of Wi-fi. Can they just hurry up, cause my marathons aren’t going to watch themselves. 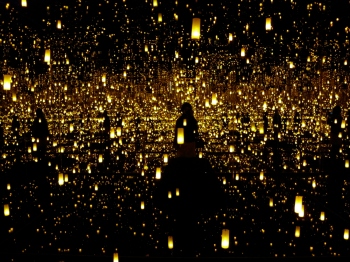 The lights are out again? We barely have any on!

And the holidays? How do I make sure there are sufficient amount of holidays to celebrate my greatness, but also enough work days to get all my work done for me? It seems like a mathematical formula that I don’t have the time right now or ever to solve.  And can they just show a picture of me on TV pretending that I care, because I don’t want any parties at my house.  That would require me having to talk to people.

Taking over the world might sound magical to you, but for me, it would be just be a nightmare of too much work and not enough me time and that just makes me bitter. So if it is all the same to you, I think I will let others ruin this world for you instead of me. I’ve got some video games to play, so I’m sorry, but I won’t be taking over your world.

48 thoughts on “Taking over the World”