Some rivalries live up to the hype…

In the NBA, after a long basketball season, when a really good team clinches a playoff spot pretty early and they still have a bunch of games left, they have to make a big decision.  Do we rest our best players for the rest of the season, because it is a long season and the could use rest for the playoffs? Or do we keep playing them so they don’t get rusty and forget how to do stuff like dunk with authority and steal like one’s watching?

…and some just fall flat.

Us bloggers go through the same thing all the time.  We go on a vacation, or we get in a writing slump or school, family or work get in the way and we have to decide if we want to continue giving 4% on the blog or taking some “time off” to refresh ourselves and find our bitter place.  I’ve been doing this blog for 3 and half years and after a 6 post first day and 2 post second day, I wrote maybe once a week, until May when I only wrote 4 posts.  Then I got some actual followers and some actual likers and some actual commenters that could actually relate to the bitterness.  (It’s inside all of us, we just have to acknowledge, then bring it out.)  Pretty much since then, I’ve written 3-5 posts a week (with some guest posters taking over when I was on long vacation.) 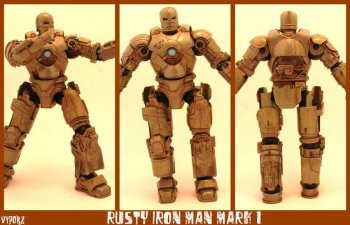 In those three and a half years, I’ve seen bloggers come and go, some visit once or twice think you are bitter and move on. Others would read every post, like, comment, and be faithful for years and then drop off.  Even some that I though would last forever, dropped the regularness and despite trying to get back into it, never came back on the reg.  It’s a bitter thing to see people come and go, but it is the life of a blogger.  Go back to your first couple of months (or for me, the first year) and check on some of those followers and see how many are still there.  Almost 100% of the ones that followed me from the beginning came up with excuses, and believe me I’ve heard them all.

Having a baby (uh, they have wifi in hospitals now), kid got sick (ever heard of Tylenol), got a promotion (just tell your employees to go away when you have to write a post), had to cross the road to get to the other side(chicken!), dog ate their post work (K, nine reasons are enough).

I’m on vacation this week, and I hate writing at home, (boring work is so much easier to avoid than interesting laying on the couch).  But somehow, I’m powering through it.

I know it’s a little off the topic, but the Bitter Rivalry of the week is Rust vs. Rest.  Do you prefer to power through a post and get it out there even if it isn’t your 100% best of favorite? Or do you take a week or two or three and rest from your blog and hope that no one forgets who the heck you were?

Do you prefer your blog resting on the couch? Or rusting Iron Man’s suits? Let me know in the comments so I can use all this data for absolutely nothing.  So I can file in my circular file of important things to never get to.

82 thoughts on “Bitter Rivalry of the Week: Rest vs. Rust”